The loss of the ability for learning and memory is a prominent feature of dementia, which affects millions of individuals all over the world, due to either neurodegenerative diseases or brain injury. Although a lot of information is known about the pathology involved, treatment remains elusive at best. The Black Seed of Nigella sativa has been historically and religiously used for thousands of years for preventing and treating many different kinds of diseases. This review article looks at Nigella sativa and its potential role in facilitating learning and memory. The possible use of this seed’s extract or compounds isolated from it, such as thymoquinone, for treating damaged brain neural tissue is discussed. The evidence presented in this paper appears to be supporting the hypothesis that this plant and/or its bioactive constituents can enhance learning and memory in health and disease in animals and humans.

Effects of Nigella sativa on Learning and Memory

Learning and memory are the most important executive functions performed by the human brain, the loss of which is a prominent feature in dementia. Dementia can be caused by aging, physical and/or chemical injuries, or neurodegenerative diseases, which in most cases would affect the quality of learning and memory of the concerned individuals. The latter include health problems such as Alzheimer’s disease (AD) or Parkinson’s disease (PD), which are characterized by the accumulation of protein aggregates on the surface or inside the neurons. Disturbances, which cause oxidative stress and elevated cortisol levels, can lead to neurodegeneration that may subsequently induce a fall in cognitive ability. Any chemical, natural, or synthetic substances that enhance executive functions of the brain is of immense clinical significance.

In comparison to studies involving other plant materials, established reports on the effects of Nigella sativa seeds and/or its constituents on the CNS and on behavioral actions are few, most of which focused on the spatial memory. Spatial memory involves memory for spatial information by which the brain functions in recognizing, codifying, storing, and recovering information about objects or routes. It has working memory and reference memory components and normally associated with exploratory behavior and curiosity, which represent the need to acquire information when facing new environments.

It is well known that cholinergic neurons have degenerated in AD and, notably, acetylcholine (ACh) as a neurotransmitter plays a role in facilitating learning and memory, and, therefore, its decreased release will result in memory impairment. Hence, the elevation of ACh via the inhibition of its degradation by acetylcholinesterase (AChE) is a currently used strategy for its management. Pharmacological studies demonstrated that Nigella sativa is involved in AChE inhibition activity, the principal enzyme involved in the hydrolysis of Ach, thus, retaining its effects in the encoding of new memories.

Among these, TQ has received the most attention and is mostly attributed to the learning and memory enhancing effects of Nigella sativa. It has been shown to ameliorate diabetes-induced cognitive decline by preventing oxidative stress. TQ has also been reported to restore oxidative balance, mitochondrial dysfunction, and cholinesterase activity caused by Aβ administration to PC 12 cells. It exhibited a neuroprotective effect in hippocampal slices and cultured rat primary neurons treated with Aβ. It is further shown to inhibit apoptosis induced by Aβ in primary cultured cerebellar granule neurons. In addition, TQ and THQ are usually present in the form of glycosidically bound aglycones, which easily cross the blood-brain barrier, hence, possibly related to its neuroprotective effects. TQ has also been shown to inhibit nonenzymatic peroxidation in ox brain phospholipid liposomes with a 10 times higher potency than Nigella sativa oil. Taken together, TQ appears to be the major neuroprotective constituent present in Nigella sativa oil.

The other bioactive compounds, that is, thymol and carvacrol, also attenuated Aβ- and scopolamine-induced cognitive impairments in rats. Both of the aforesaid bioactive compounds along with γ-terpinene and p-cymene are shown to inhibit the acetylcholinesterase activity while γ-terpinene alone is found to be a good inhibitor of lipid peroxidation. Notably, a nutraceutical containing thymol and p-cymene has been patented for cognitive enhancement properties. Therefore, it appears that the cholinergic modulation properties of Nigella sativa may be mediated by constituents other than TQ.

Flavonoids are present in Nigella sativa seeds and have been widely studied. Emerging evidence suggests that flavonoids are able to induce improvements in memory, learning, and cognition. Flavonoids have been shown to modulate critical neuronal signaling pathways involved in processes of memory and, therefore, are likely to affect synaptic plasticity and long-term potentiation (LTP) mechanisms, which is widely considered as a mechanism for memory. Briefly, flavonoid-induced improvements in behavior have been associated with specific changes in protein expression in the hippocampus. Hippocampal elevation of NR2B-containing N-methyl-D-aspartate (NMDA) receptor at synaptic sites is correlated with the levels of the adhesion molecule of polysialylated form of the neural adhesion molecule (PSA-NCAM) in the dentate gyrus of the hippocampus, with both proteins linked to efficient and persistent LTP and spatial learning. 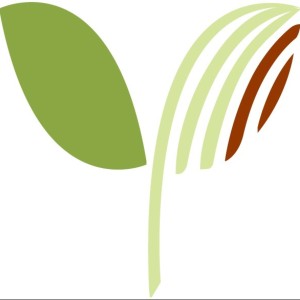